The 15th International Symposium on Gynecologic Oncology and Minimally Invasive Surgery was held at the First Affiliated Hospital of Sun Yat-sen University on May 26-28, 2012.

All details, including but not limited to, illustrations, product descriptions and documents published on this website are the sole property of DELON. Any copying or distribution in whole or in parts is subject to a written permit by DELON.
All rights reserved.
Qualification certificate of Internet Drug Information Service：(京）-非经营性-2020-0128 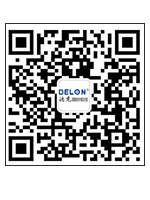